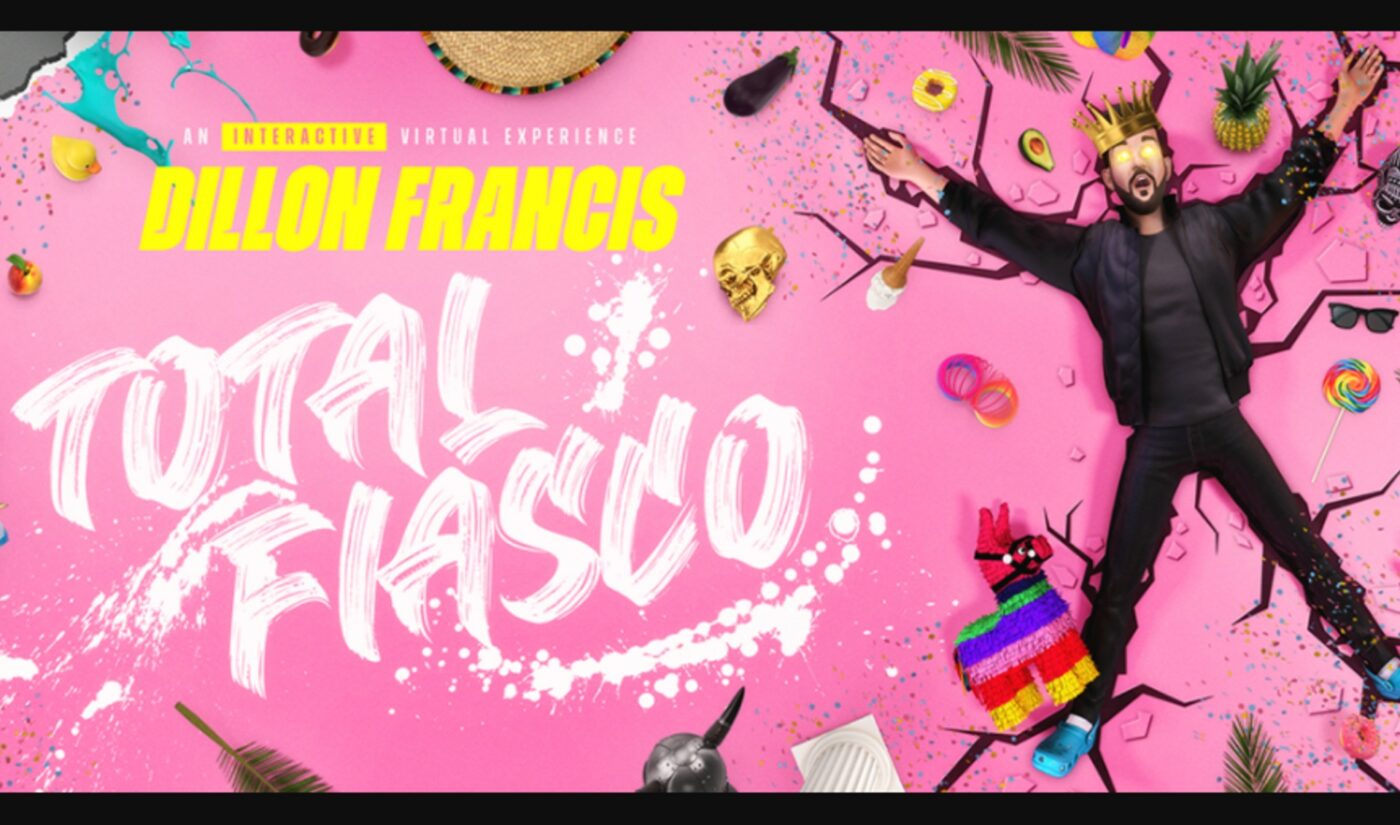 Wave, a video platform that enables artists to transform themselves into digital avatars who can interact with audiences in a virtual environment, including gamified components, is teaming up with DJ, producer, and social media star Dillon Francis for a concert event dubbed Total Fiasco.

Slated for April 1 at 9 pm ET, the event is described by Wave as “part live performance and part choose your own adventure.” It also marks the first time that Wave is adding fan monetization into the mix by enabling attendees to gift Francis both virtual items or to contribute through $1 donations.

Gifts — priced between $3 and $100 — will include virtual accessories, outfits, and superpowers. And if Francis accepts them, they will become a part of the performance. While donations are only available in increments of $1, fans can donate as many times as they want throughout the show. A spokesperson for Wave tells Tubefilter it does not disclose dealpoints with respect to its revenue share from these transactions.

During Total Fiasco, Francis will transform into a digital avatar within a virtual world evoking his sound and artistry, whereupon he will perform some of his biggest hits, including new and original remixes. Attendees will also be able to participate in virtual dance parties, a live Q&A, and vote on virtual scene changes.

The hourlong event is being sponsored by Crocs, which Francis will be rocking during the show. Fans of Francis can RSVP to Total Fiasco right here, with attendance being completely free. The full experience will stream on Wave.Watch, while viewers can also tune in (but not interact) on YouTube and Twitch.

To date, Wave has hosted more than 50 events — which it calls Waves — headlined by the likes of The Weeknd, John Legend, Tinashe, Imogen Heap, and Lindsey Stirling. The company was founded in 2016 by music and tech entrepreneurs Adam Arrigo and Aaron Lemke, and has raised $42.5 million in venture funding to date, including from high-profile backers like Alex Rodriguez and Scooter Braun.